Madonna’s anticipated guest performance during the Eurovision Song Contest in Israel sparked controversy in the final moments of the show.

The star appeared on Saturday draped in a black cape and a black eye-patch during her performance of 1989 hit “Like A Prayer,” and new single “Future”.

The performance also saw dancers falling to the ground while wearing gas masks, and concluded with Madonna and the US rapper Quavo walking together as the words “wake up” appeared behind them.

The European Broadcasting Union, which co-produced the contest alongside Israel’s national broadcaster, issued a statement immediately after.

“This element of the performance was not cleared with the EBU and the Host Broadcaster, KAN. The Eurovision Song Contest is a non-political event and Madonna had been made aware of this,” it said.

The 60-year-old singer’s participation in the event brought protests from the Boycott, Divestment and Sanctions (BDS) movement earlier.

BDS has for years been pushing for investors and artists to shun Israel over its decades-long occupation of Palestinian territories, and led calls for a boycott of this year’s Eurovision, calling it an “art-wash”.

She defended her decision, issuing a statement earlier in the week saying that she would always speak up to defend human rights, and that she hoped to see “a new path toward peace”.

After her performance some condemned her decision to make a statement, while others praised her for using her platform to make a point.

Some were not so receptive towards her message.

As well as being off-key and a poor performer, Madonna managed to violate the EBU’s principle of non-political engagement by adding the Israeli and Palestinian flags to the back of two dancers backs. What a waste of money she was #Eurovision2019 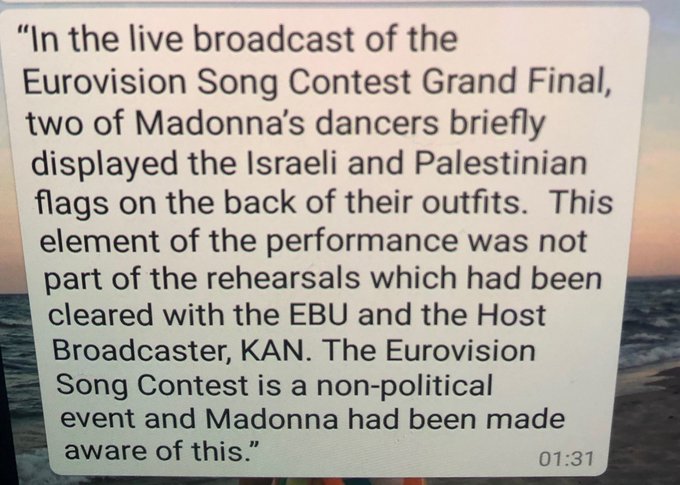 76 people are talking about this

But Madonna was not the only one to raise controversy.

Hatari, Iceland’s entrant, drew boos from the audience when the band held up small Palestinian banners live on air during voting. The EBU said the political display “directly contradicts the contest rules”. 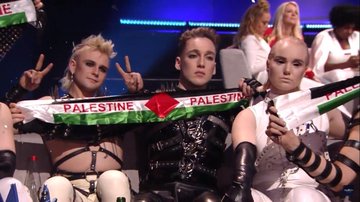 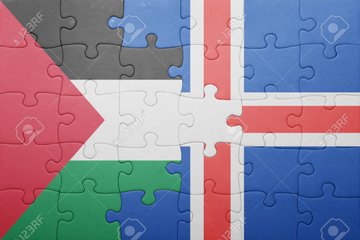 Israel won the right to host the extravaganza thanks to last year’s victory by Israeli singer Netta Barzilai, who opened the show on Saturday night at a Tel Aviv concert hall.

At a beach across town, crowds gathered to party at a Eurovision Village set up for the event.

After performances by all 26 finalists, Duncan Laurence of the Netherlands took the prize with the stirring power ballad “Arcade”.

Italy finished second and Russia third in the results that combined votes from juries from participating countries as well as viewers at home.

Dutch Prime Minister Mark Rutte said on Twitter that he had spoken to Laurence and congratulated him, calling his performance “sublime and powerful”.

Parties were to take place in the West Bank city of Ramallah, Haifa in northern Israel – home to a significant Arab population – and London and Dublin.

The performances were live streamed around the world on the night of Eurovision’s finale in Tel Aviv.

Singer Harrysong thanks his jealous “friendnemies,” says their hate and envy pushed him to achieve more

I am not a drug trafficker. If I were, they wouldn’t have allowed me go free – Skitmaker De General says after regaining his...

Please wait...
Want to be notified when our article is published? Enter your email address and name below to be the first to know.
- Advertisement -

Coronavirus: Banky W advises those who came into Nigeria from affected...

Singer BmBaby weeps as she mourns her brother who died after...

ABOUT US
Dynamic Magazine is your news, entertainment, music fashion blog site. We provide you with the latest breaking news and videos straight from the source.
Contact us: contact@dynamicmagazine.com.ng
FOLLOW US
© Dynamic Magazine 2018
wpDiscuz
MORE STORIES

Bobrisky releases new photos ahead of his birthday